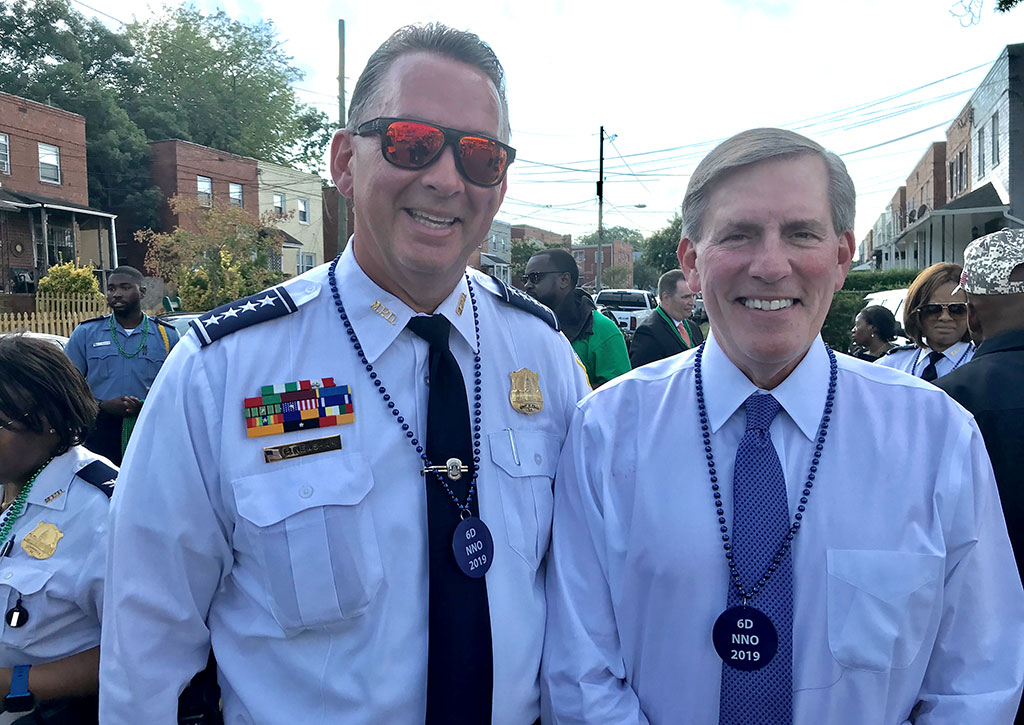 The Court Services and Offender Supervision Agency (CSOSA) and the Metropolitan Police Department (MPD) joined residents and community leaders from across the District of Columbia to celebrate National Night Out, an annual campaign that takes place in cities across the nation on the first Tuesday of August. The campaign promotes relationship building between local law enforcement and the communities they serve, while highlighting crime prevention, safety awareness and community action.

Sponsored by the National Association of Town Watch, National Night Out was launched in 1984 with the support of law enforcement agencies, neighborhood watch groups, civic groups, state and regional crime prevention associations and volunteers from across the nation. The campaign encourages police and community partnerships, while providing communities with a fun setting to engage police officers and other law enforcement representatives.