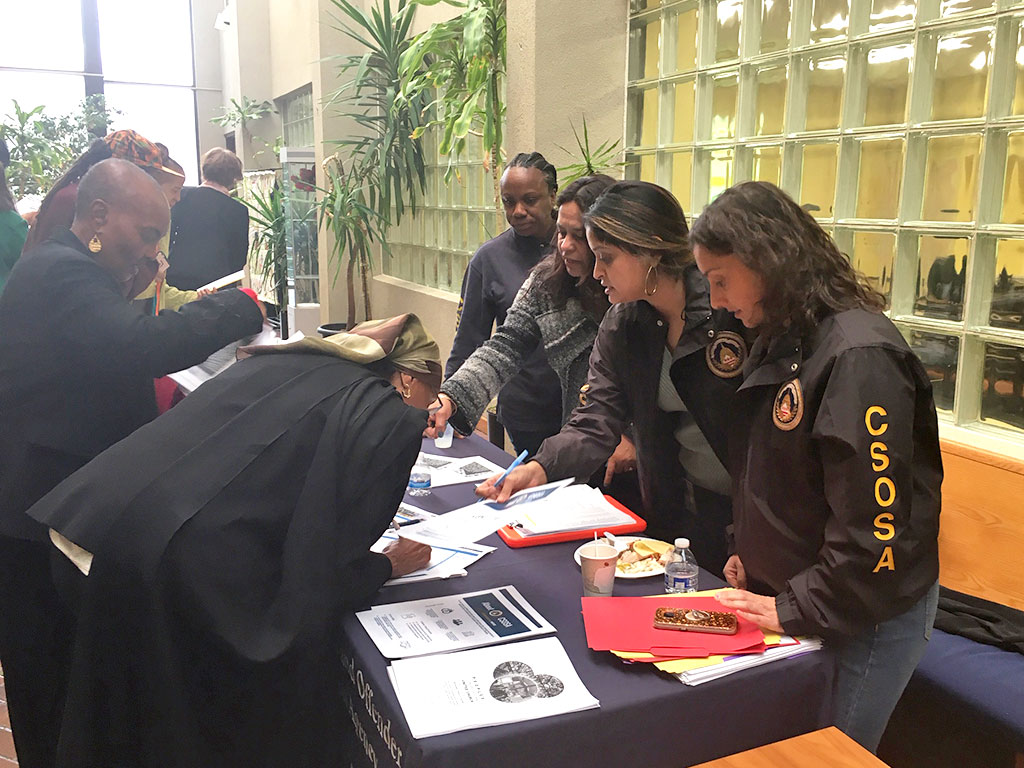 On Sunday, October 21, 2018, the Peoples Congregational United Church of Christ opened its doors to returning citizens in collaboration with the Court Services and Offender Supervision Agency (CSOSA), Georgia Avenue Family Support Collaborative, and the Assembly of Petworth.

What originated as a desire from one of CSOSA’s Fourth District (4D) Community Justice Advisory Network (CJAN) partners, Reverend Venita George, to help a few of CSOSA’s clients “became much bigger when we pulled in more resources,” says Elba Gonzalez CSOSA’s Intergovernmental and Community Affairs Specialist for 4D.

CSOSA has CJANs in each of the District’s seven police districts. CJANs are comprised of residents and key stakeholders, such as Advisory Neighborhood Commissions, faith-based institutions, schools, non-profit and civic organizations, businesses, government agencies, and local law enforcement entities. CJANs meet regularly and mobilize community resources concerning public safety; identify and address community public safety issues; share information about the challenges justice-involved individuals face; and educate the community on public safety issues and the work of CSOSA. CJANs create an environment where issues are resolved at the community level and community resources can be leveraged to enhance and expand services that support the successful reintegration of justice-involved individuals into the community.

Gonzalez recalls, “The most powerful part of the day, was the message from David Bowers. He highlighted that we are all returning citizens, we are all returning from a sin or a wrong doing and asking that we be received. He stressed for us to think of how we can be proactive in reentry and to talk about reentry more.”